For an organization that lasted only 18 months and spent most of it trying to avoid bankruptcy, the Pony Express has seared itself in the American psyche. It inspires our imagination; the riders, the horses, the speed, the non-stop pace, fighting the elements, the fear of Indian attack and the never-give-up spirit of the enterprise. It’s a symbol of a young, adventurous country where daring and business met to do the improbable. Westward Ho!

Heading north from Kansas City I stopped in St. Joseph, Missouri to visit the Pony Express National Museum. At one time, St. Joe rivaled Kansas City for the most prominent city in the region. It’s many red brick, 19th Century buildings show a city that had been on the move, but that was before Kansas City built a bridge for the railroad over the Missouri River and became the leading city in the Great Plains states. Now St. Joe, “the Jumping Off” place for the western trails, is a sleepy little city along I-29 with low-budget museums dedicated to moments of the Old West including the Patee House Museum, the Jesse James House and the Pony Express.

On April 3, 1860 Johnny Fry left the Pony Express livery riding west, and with a series of riders, the mail was delivered to cheering crowds in Sacramento 10 days later. The fastest delivery for just a few dollars. The Museum is housed in the livery stables operated by the Pony Express and has re-enacted the moment Fry left as well as a tack/harness shop, the pony express route with interactive diorama and pioneers crossing the Plains. My visit was short, but I knew it would have been much longer if I had been visiting when my children were in elementary school as there were several hands-on activities for kids. 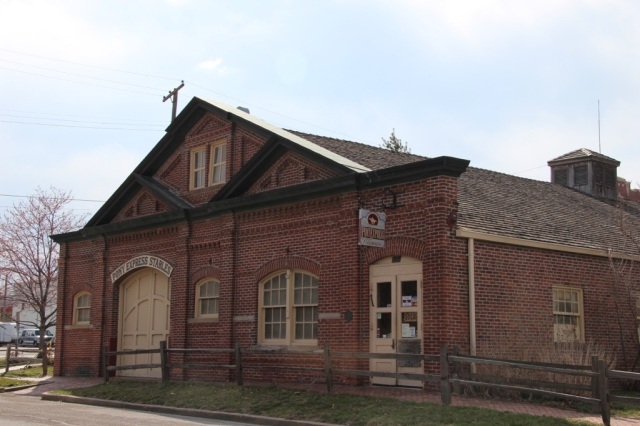 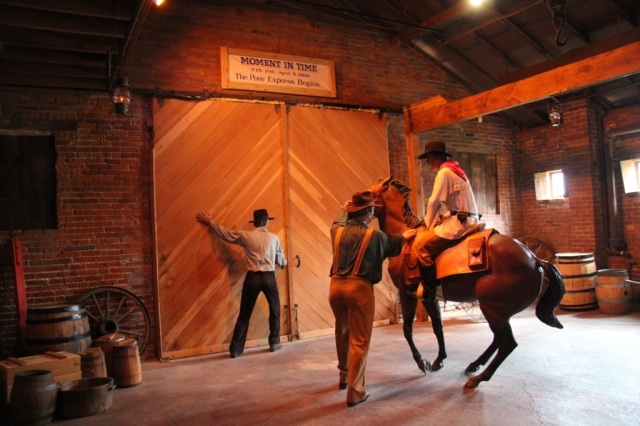