Quiet plains, full of farms and dirt roads were my companions as I drove south to one of those Americana sights that I thought I’d see while driving to Abilene, Kansas. My destination was Cawker City, KS to see the World’s Largest Ball of Twine. Although the reality of a large ball of twine was a letdown (as I expected it to be) and the town more than depressing, I encountered the land of my favorite Plains author, Willa Cather. Red Cloud, Nebraska is where the Cather family settled from Virginia when Willa was just six. It was the basis for the fictional town Black Hawk in My Antonia and is now home to the Willa Cather Foundation. On this Sunday morning, the two block Main Street was quiet, but comely.(I had seen only two cars since leaving the sandhill cranes two hours earlier) Just outside of Red Cloud is a historical marker for the Willa Cather Memorial Prairie. After spending several minutes enjoying the views of the prairie alone, I headed off to Kansas just as a car pulled in with Virginia plates. I wondered whether if there were only Cather fans from the East out on this Sunday morning. Shortly after passing into Kansas, I stopped at the geographical center of the US, contiguous states, or as I like to say, the Lower 48.

Cawker City is like many of the small towns I’ve seen on this trip, depressingly uninhabited. I had always wished to see a ghost town, but innocently thought of them as 1800s towns from old Westerns, not 21st Century beat-down little towns with rows of empty store-fronts, buildings with boarded windows, and where the few inhabitants looked distressed, angry or drugged. The plight of these small towns is disturbing and leaves me with a feeling of hopelessness. I took my photo, leaving quickly, and was glad to be moving on to the Dwight D. Eisenhower Presidential Library and Museum in Abilene. 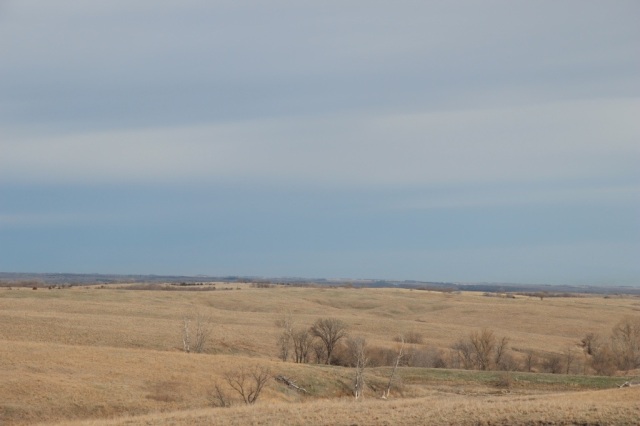 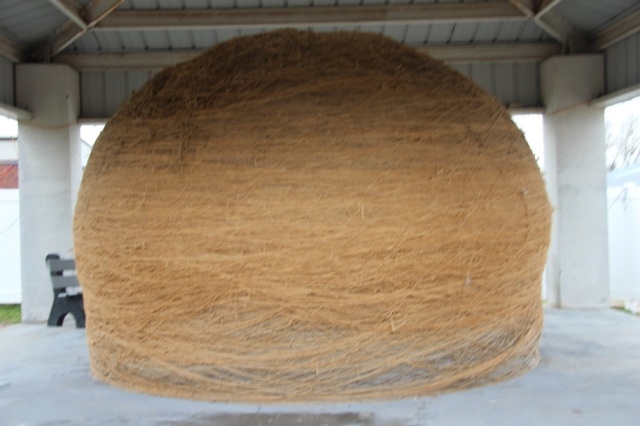 1 Response to Cather and Cawker City