My time in So Cal was a well needed break; I spent time with friends and took care of the car. The oil change that was needed turned into some coolant issues. The car spent another day at a dealership, the fourth dealership thus far (Topeka, Natchez, Dallas and now Carlsbad). Before leaving Carlsbad, I enjoyed meeting an old friend from Belgium for breakfast. We had a lovely catch-up about kids, husbands, and life in the US.

I headed north to spend my last day in SoCal with old Hopewell,NJ friends, who now live north of LA in Thousand Oaks, CA. My time with them included enjoying the sunshine at a high school track meet. What a pleasure to step back into the energy of high school athletics for a few hours. And I was spoiled by them with a delicious dinner; garlic and dill shrimp with roasted lemons, from the tree in their backyard.

It was hard to leave these old pals in the morning, but I was looking forward to driving that most iconic of American roads, The Pacific Coast Highway. There was significant cloud cover, so I stopped in Santa Barbara to see this lovely city and its Mission, hoping the clouds would burn off while I was touring the sights. The Old Mission Santa Barbara included an introductory film, gardens, museum, cemetery and of course the Church. It is a living Mission, which has an active retreat center and several Franciscan brothers living at the Mission. I arrived as the Mission opened along with a bus load of German tourists who promptly went into the introductory film. Although I generally watch introductory films, I skipped this one so that I would not have to walk the grounds en masse with German tourists. I was able to enjoy the gardens, church, and museum alone, ambling along at my own pace and soaking in the quiet of the sacred space. In the gift shop I saw the book, Island of the Blue Dolphin. The 50th anniversary edition of this book includes extracts from the Mission’s Book of Burial as it is understood the natives from the Channel Islands came to the Mission upon their arrival to the mainland. I purchased a copy of the book with new appreciation for the backstory. I drove by the Santa Barbara City Hall before leaving town, a Spanish-style building with its courtyards and gardens. A lovely centerpiece for this beautiful town.

My drive up the Pacific Coast went from Morro Bay to the Monterey Peninsula. I thoroughly enjoyed this drive, the grazing cattle on farms and hills in the south, the pine forests in Big Sur, the elephant seals at Piedras Blancas, the switchbacks which are signature to the highway and the beautiful views of the Pacific Ocean. It was not treacherous or difficult driving. There were many turnouts to allow others to pass, and lots of parking areas great for enjoying the views. The clouds burnt off eventually allowing for blue sky and some quintessential photographic opportunities. Most of the people on the highway are there enjoying the ride, so the pace was leisurely with no tailgating. A great drive! 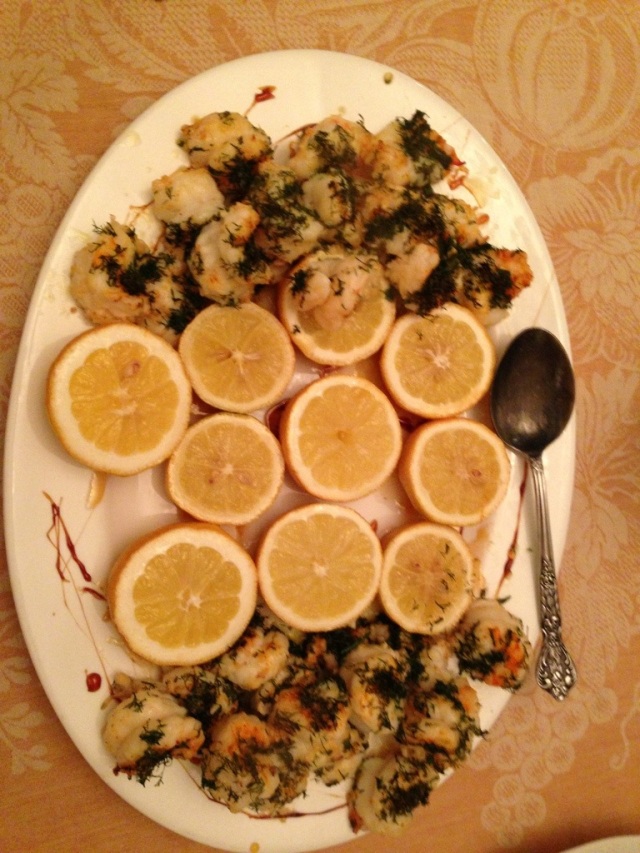 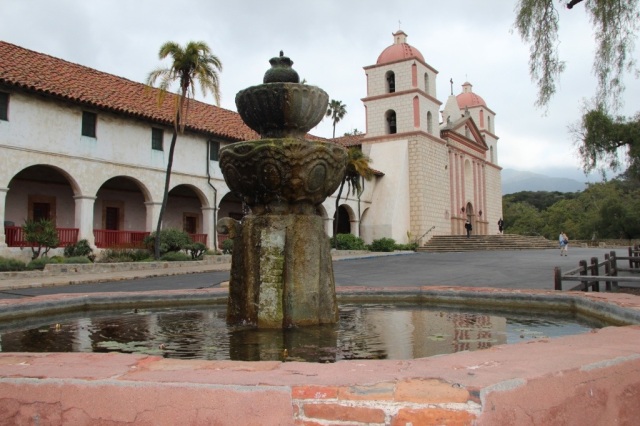 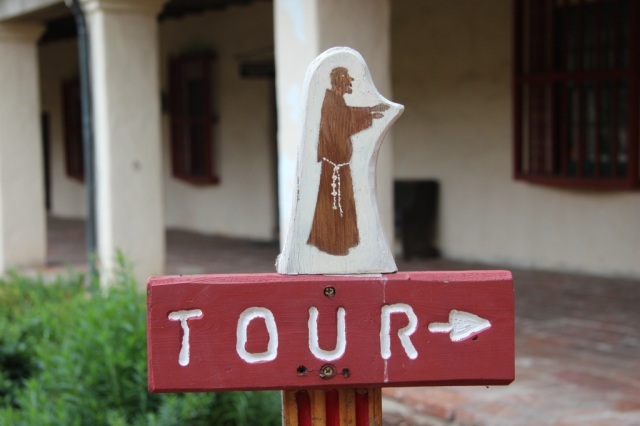 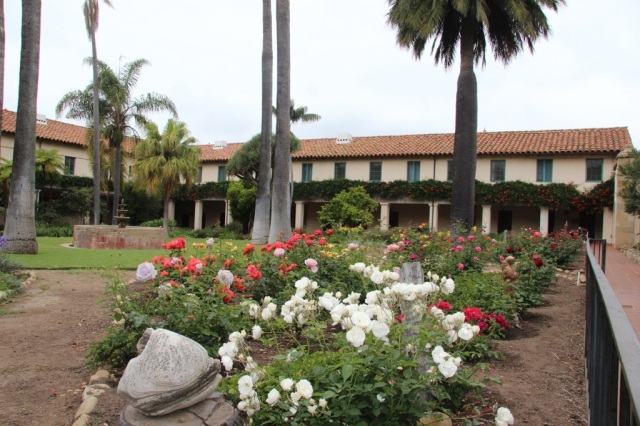 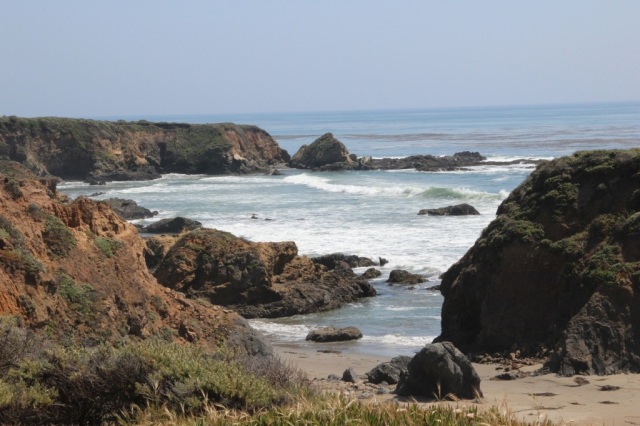 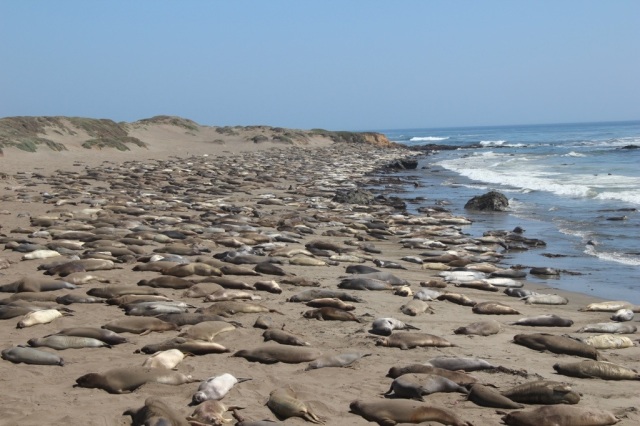 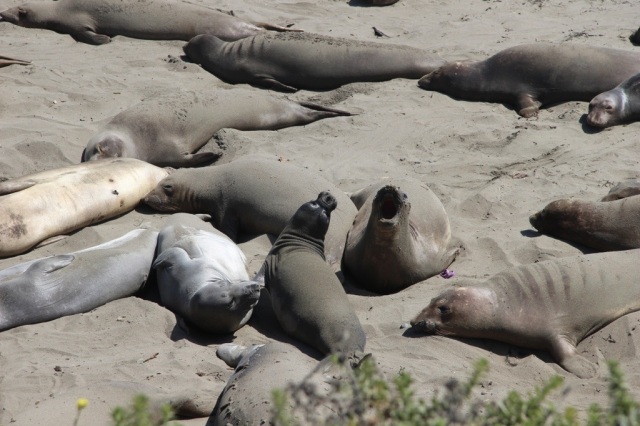 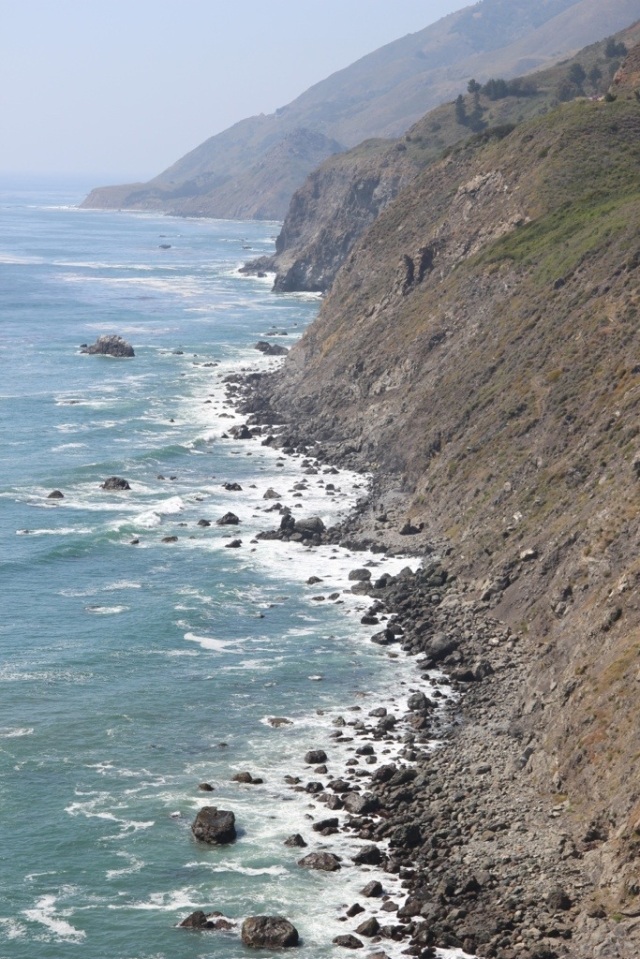 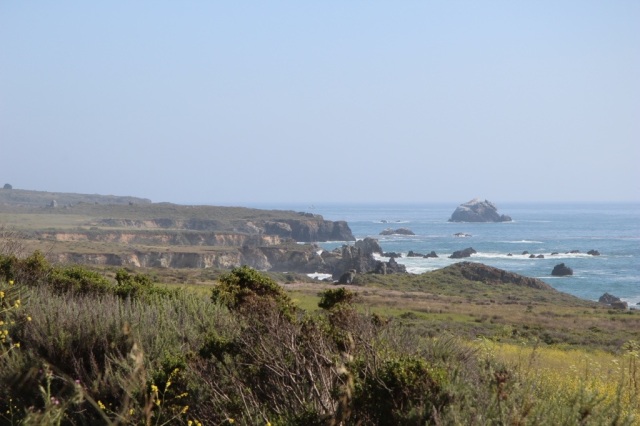 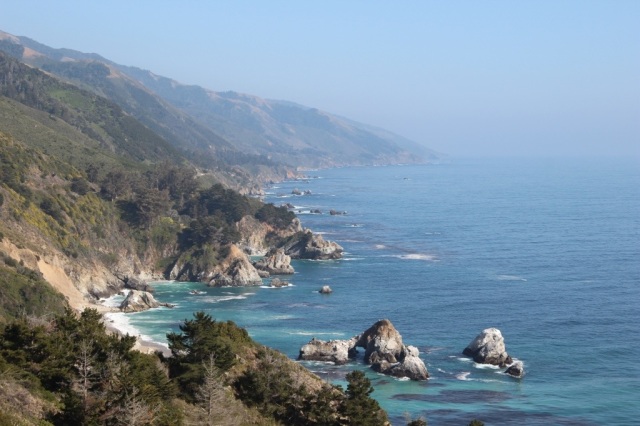 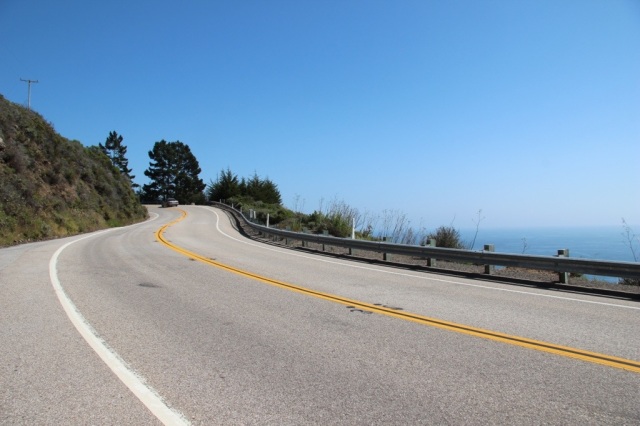