There are arches made of Elk antlers adorning the four corners of the Jackson town square lending a distinctive western flare to this tourist gateway to the Grand Tetons, Yellowstone and loads of ski resorts. It was early and most of the restaurants and shops were still closed, so I took a couple of photos of the town square and then we headed down the John D. Rockefeller, Jr. Memorial Parkway in the Grand Teton National Park. The Grand Tetons were a photographer’s dreamscape; clear lakes, majestic mountains and green forests created unceasing opportunity for anyone with a camera. Anxiously, I made many stops for photography and walked the trails in hope of seeing some elk. There were no wildlife encounters in the Tetons while we hiked around Jenny Lake but we did see prints in the snow and lots of droppings.

The Parkway hugged Jackson Lake and led us into Yellowstone where, thankfully, the road was open. The snow was several feet deep in places in the park and most of the hiking trails were snow-covered or muddy. We stopped to view Lewis Falls on our way to the Old Faithful Inn, which had its spring opening on the day of our arrival. Built in 1903 with clear views of Old Faithful, the Inn’s soaring multi-story log lobby was as welcoming as it was western. We spent the afternoon walking along pathways, examining the geysers and hot springs while awaiting the eruption of Old Faithful every 90 minutes or so. This hydrothermal wonderland was simultaneously fascinating and disturbing. The heat, color and movements of the geysers held allure and I learned much about the workings of a geyser, but I had trouble shaking an underlying feeling about the moveable, pliable and combustible earth that I hesitated to encounter. Overall I enjoyed our explorations and the several times we watched Old Faithful. The variations in height and pressure were visible even to a first-time visitor such as myself. The evening sunset was colorful, the stars gave quite a show in the night sky and a coyote howled a few times right as we settled down for the night. I went to sleep glad I had finally made it to Yellowstone.

We were up and out at the crack of dawn as we had planned a long day of driving, north out of Yellowstone, through Montana and North Dakota to spend the night in Rapid City, South Dakota. In addition, we hoped our early start would allow us to view some wildlife and more of the hydrothermal features of the national park. We were not disappointed. Bison were abundant along the roadways and we took several photos from the safety of the car. Closer to Mammoth Hot Springs there were herds of Elk to view, including a few closer to the road. The geysers, travertine terraces, hot springs and fumaroles(steam vents) were acutely visible on this cold spring morning. Steam rose from the ground at almost every turn in the road and it was hours before we left the Park through the Roosevelt stone arch. 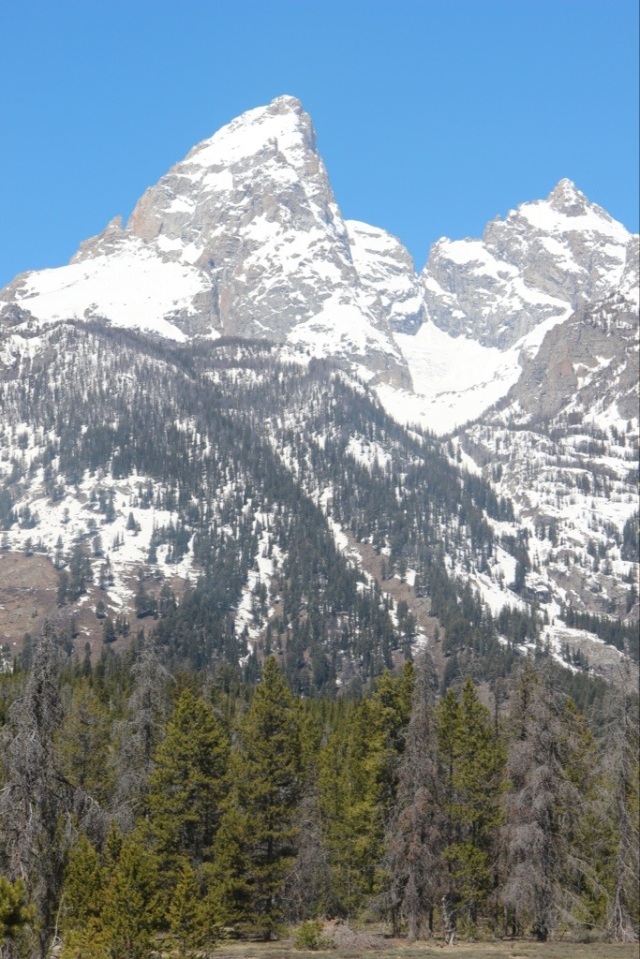 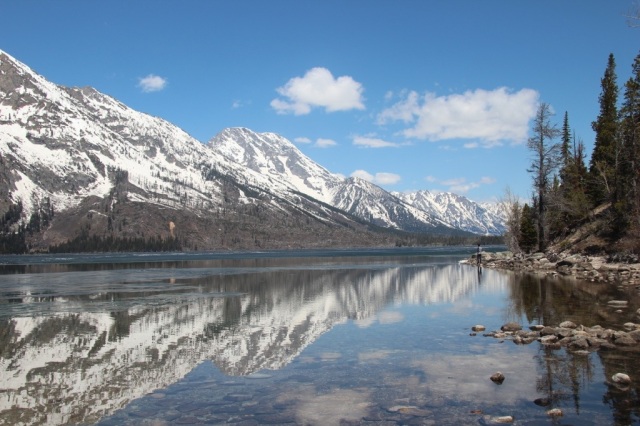 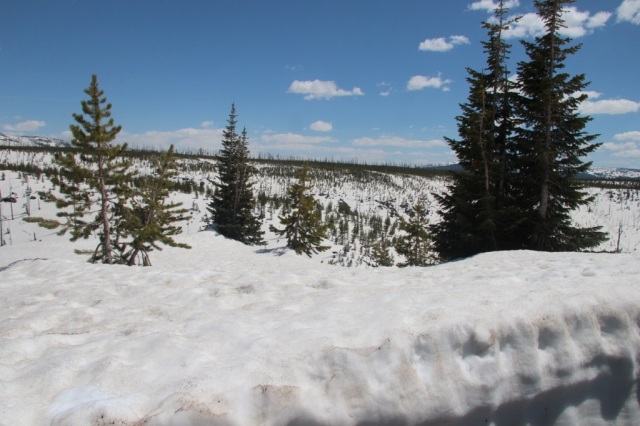 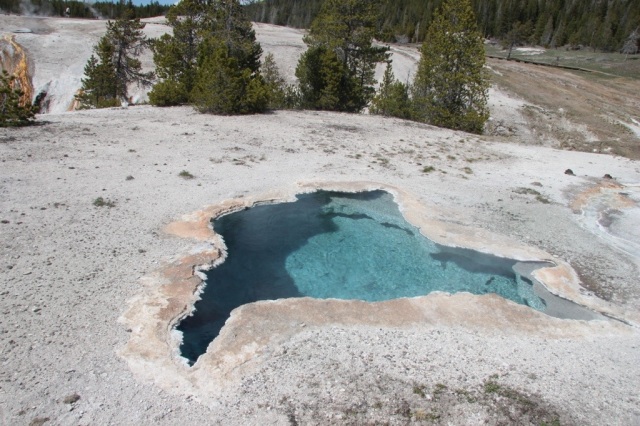 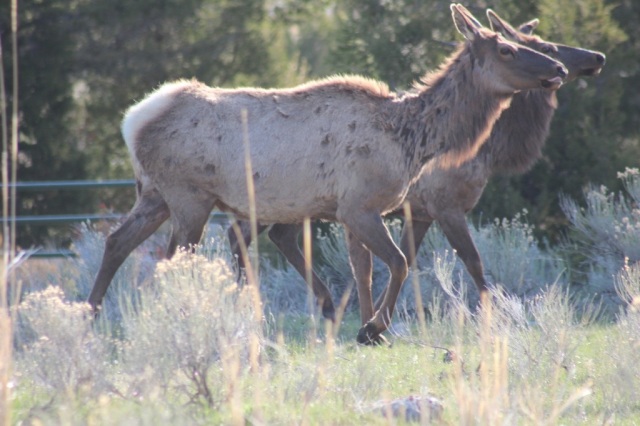 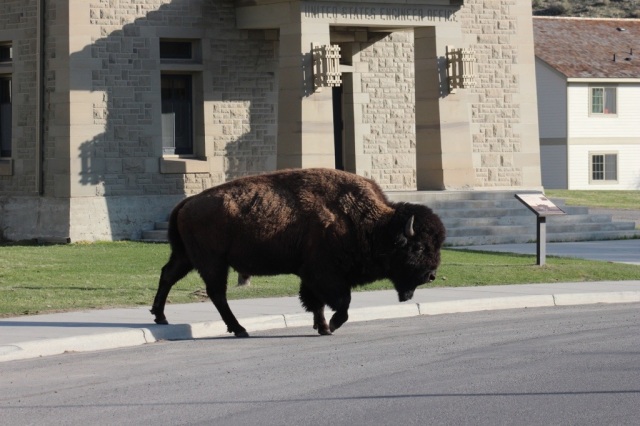