In her deep radio DJ voice, my daughter repeated the only phrase she could remember from a movie watched a few years before in her AP American History class, “John Brown, John Brown”. This was my constant companion as I finally made it to Harper’s Ferry, which had been on the trip’s itinerary for Day 4, not Day 64. It was foggy and rain threatened as we followed the signs into the National Historic Park. We were not at the location of the town that John Brown and his men raided but the heights where Stonewall Jackson laid seize to the town in September, 1862 and the subsequent surrender of Federal troops, the largest of the Civil War. Rather than take the bus provided nor heed the warnings of severely limited parking from the park rangers, we drove down to the restored town. We snagged a spot within seconds of entering town and bounded out of the car with the confidence gained from a parking spot easily found. Oh, the joy of good parking karma.

The rain held off as we explored the streets, buildings and the Point, where the Potomac and Shenandoah Rivers meet. Via various plaques and signs, I was reminded what an important role Harpers Ferry played in 19th Century US history and in some of the themes I had explored on my trip, including Lewis & Clark and Civil Rights. Even George Washington had known this area when he had been a surveyor, long before it was settled and had become the US Armory and Arsenal, where Merriweather Lewis gathered supplies and provisions prior to the Corp of Discovery’s expedition. Storer College, established after the Civil War to educate former slaves and where Frederick Douglass was one of the trustees, was the site of a public meeting and address by W.E.B. Du Bois in 1906 when the Niagara Movement met on the campus. Brig. Gen. Custer spent time in Harpers Ferry in 1864 when the Union had regained the town and it was a major supply base. But it was John Brown and his raiders that had brought me to Harper’s Ferry. Brown, that man of Bleeding Kansas fame, who along with three of his sons, five freed black men and other ardent abolitionists descended upon the town in October 1859 in hopes of sparking a rebellion of slaves that would lead to a revolution ending slavery. All involved were captured or killed by the Virginia militia and Federal marines under the command of Lt. Col. Robert E. Lee. Brown was executed shortly after the raid but his actions, trial and hanging brought the moral issue of slavery to the front headlines and the nation closer to civil war. The John Brown Museum had three films outlining his life, his purpose and the raid as well as several artifacts and informational placards. I studied a board with statistics comparing slave states to free states in population, land mass, exports, number of animals, even the number of libraries. It was detailed and fascinating.

After a quick lunch at one of the many restaurants in the restored town, we headed for New Jersey to pick up our pooch, from my oldest who had been caring for her. The towns and byways of Maryland made for a picturesque drive with its rolling hills dotted with barns, pastures and federal style buildings. At Baltimore we hopped onto I-95, then it was on to Philadelphia where we stopped to pick up a slice of pie, that’s pizza pie, from our favorite pizza place, Gianfranco’s. Smaller than most people’s living room, it’s located just two blocks from Independence Hall, costs just two bucks a slice, and is a sure favorite on any visit to Philly. Happy and content with our slices, we drove across the Ben Franklin Bridge to my eldest’s apartment and into the lick-bite-tagging-wagging happiness that is our four-year-old Cairn Terrier, Stella. Once the happy reunion was had and the dog paraphernalia gathered, we drove on to Little Silver, NJ to spend an evening with my nephew and his family. I had spent my second night of the trip with them, so it was nice to spend one of my last nights with them and share some adventures of the trip. 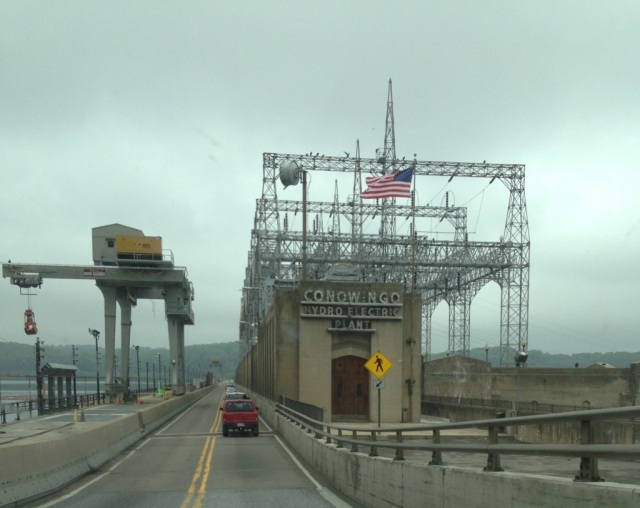 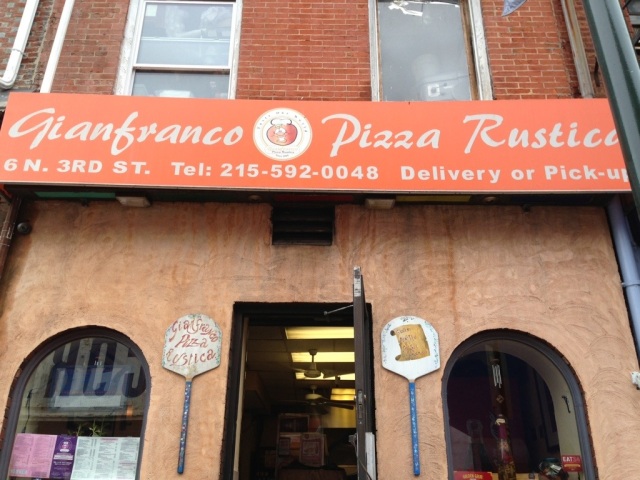